THINK! Change Depends on It

The New Year dawns and with it comes the urge for change—a change of exercise routine, a change of job, a change of wine intake, a change of administration. No matter what change you choose, as soon as you finger it, you want it to happen. Now. Pounds should automatically melt away because you finally renewed the gym membership and bought new shorts. Your dream of a different job will lead directly to one being offered. The wine magically stays in the bottle.  And a new administration . . . well, I have nothing intelligent to say about that.

Then reality intrudes. These things don’t just occur because you want them. Life can be unfair. HOWEVER, that does not mean you should give up. Instead, think about creating a new frame. The active word here is “think.”  While that sounds oh so adult and boring, it could lead to something better, and amazing.  Allow me to explain.

During the holidays, I chatted with three friends from the business community, all of whom had recently undergone significant professional changes. The theme that united their respective evolutions was the word “think.”

For each person, the progression to a different and far better place came as the endpoint of determination, and, even more, thinking.

Their experiences reminded me of the flywheel concept advanced by Jim Collins in his popular book, Good to Great, (HarperBusiness, 2001). Collins reported on his research of several major companies that after years of effort suddenly achieved hockey stick growth. The Collins team tried to pair the pivot point with a particular event–a merger, new product or market shift—but could find nothing. When they dug deeper, they discovered that the exponential growth resulted from a long period of disciplined work and focus.

“. . . (G)ood to great transformations never happened in one fell swoop. There was no single defining action, no grand program, no one killer innovation, no solitary break, no wrenching revolution. Good to great comes about by a cumulative process—step by step, action by action, decision by decision, turn by turn of the flywheel—that adds up to sustained and spectacular results.” (Good to Great, page 165)

The growth experienced by the three executives who spoke with me during the holidays followed a similar pattern. Their persistent hunkering down to think, learn and use what they learned to advance new ideas lifted their careers.

Their changes did not happen overnight. Three attributes contributed to their success.

1. Thinking takes time. Annoying as it is when you are impatient for something different, change does not occur overnight. It requires experimentation. Planning alone will not get you there.

New ideas require trial runs. Even a trip to gym has its downfalls. You might discover you can’t stand sweaty group exercise or gabby people on the adjacent machines. The new job you want might not exist. First you have to convince your organization of an unaddressed need, then volunteer to fill it. I discovered that idea when I realized I had never held a job that existed before I took it. In each case, the job arose out of a long series of conversations about an organization’s dreams.

2. Thinking clarifies our facts AND feelings. Thinking gives us power by lending definition, clarifying our ideas and our feelings. My three executive friends constantly analyzed their situations, learning from what occurred and how they reacted. Then they reset as needed. 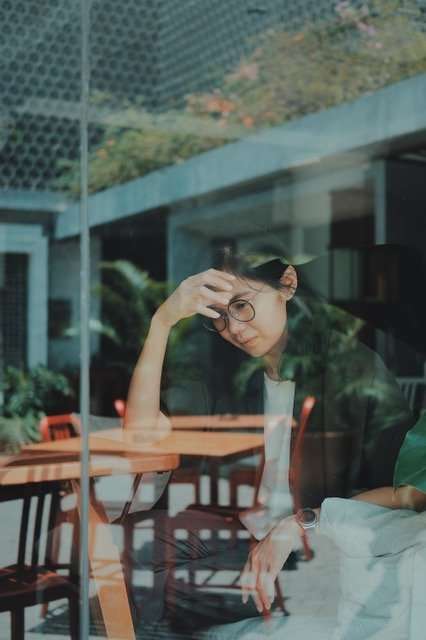 They also allowed themselves to feel scared, doubt themselves and flirt with failure. Experimenting with new directions is essential, risky and scary. Nevertheless, we cannot ignore our emotions. Critical to the process is for facts to meet feelings, however challenging the message.

Emotions influence our perception of events. They can also direct our thoughts on where to look to learn more. It is then up to our brain to decode it all and tell us where to go. Not only will your thinking help you figure out what works and what won’t, it will create a healthy relationship with risk. The more comfortable you are with navigating its discomfort, the more you might discover, and achieve.

3. Persistence pays off. Thinking sometimes arrives in bursts. Most of the time, it surfaces in small increments with a lot of muddling in between. However, persistence will pay off: The fresh insight that appears when you turn an idea on its side, a new concept discovered at the tail end of many experiments, or the revelation that bubbles to the surface while doing something that until then seemed like a meaningless task.  All contribute to progress.