Breaking the Mental Logjam: The Power of Joy

It’s been quiet up here in the treehouse, at least outwardly. While I often sit among its calming branches, it’s been hard in the past few months to find pearls of wisdom to rise above the current political and cultural insanity. Down on the ground, I’ve focused my work on dealing with uncertainty in everything from clogged communication channels to cancer diagnoses.  Overcoming my underlying distraction to find those pearls, however, has presented a challenge. 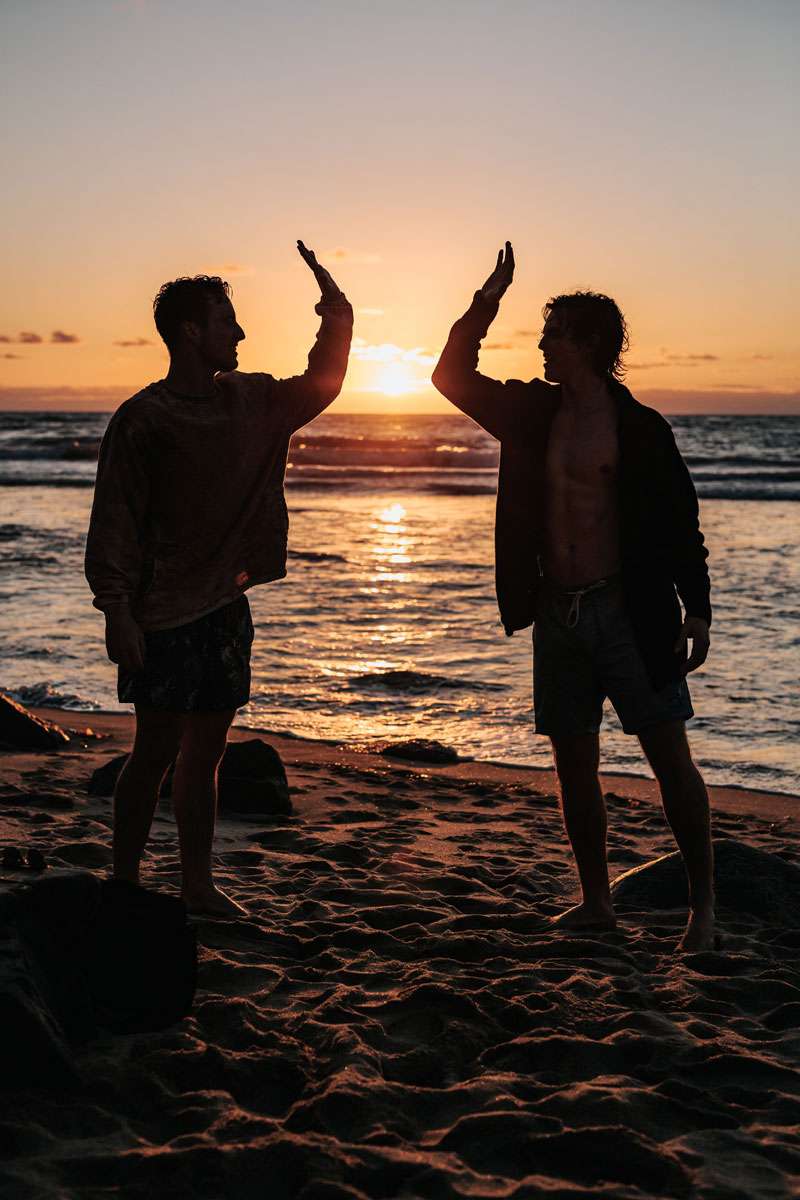 As the quotable South Bend, Indiana mayor and 2020 presidential candidate said, “It is the nature of grotesque things that you can’t look away.”

Regardless of what you think of the mayor, if you view his comment in the context of our state of national distraction, zeroing in on what matters, and staying there, demands emotional rigor.

Earlier this year I wrote about five steps to defeat inertia and re-set one’s energy to reclaim a productive life. The steps work. The trick is to start. Exiting a state of torpor might not be easy, but there is plenty of incentive to do so. If nothing else, staying in place gets you nowhere. Sometimes you need an extra nudge, an infusion of new energy that sparks enthusiasm.  But what might that be?

An inspiration for nudging arrived serendipitously at, of all places, a meeting.

The Power of Joy

A few weeks ago, I indulged in a treasured annual ritual: attending a three-day meeting of women corporate real estate executives. When we first met 19 years ago, we didn’t know each other. The group members represented different companies, backgrounds, and habits. What we had in common was that all of us had spent much of our professional lives being the only woman executive in the room.  We also had all kept to ourselves what it took to succeed while working in the vanguard. We just soldiered on, over-achieving, learning from wins and failures, and tending to business, at work and at home. When we first gathered in the year 2000, we started to talk, and talk.

We have continued to talk over the years, adding to our conversations many younger women who bring fresh insights and energy.  We talk about business trends, organizational politics, and personal growth.

At our most recent meeting, we included a session on transitions. No one was leaving the work world, but several had decided to change jobs, companies, or their mix of work and pleasure.

The mix of work and pleasure gave rise to a conversation on joy.

The conversation began with a story. An executive with over 30 years of experience in the financial services industry told us how much she loves her job and plans to continue it. However, something had been missing. She noticed it when a friend called her in a panic. The florist for her daughter’s wedding had cancelled at the last moment. 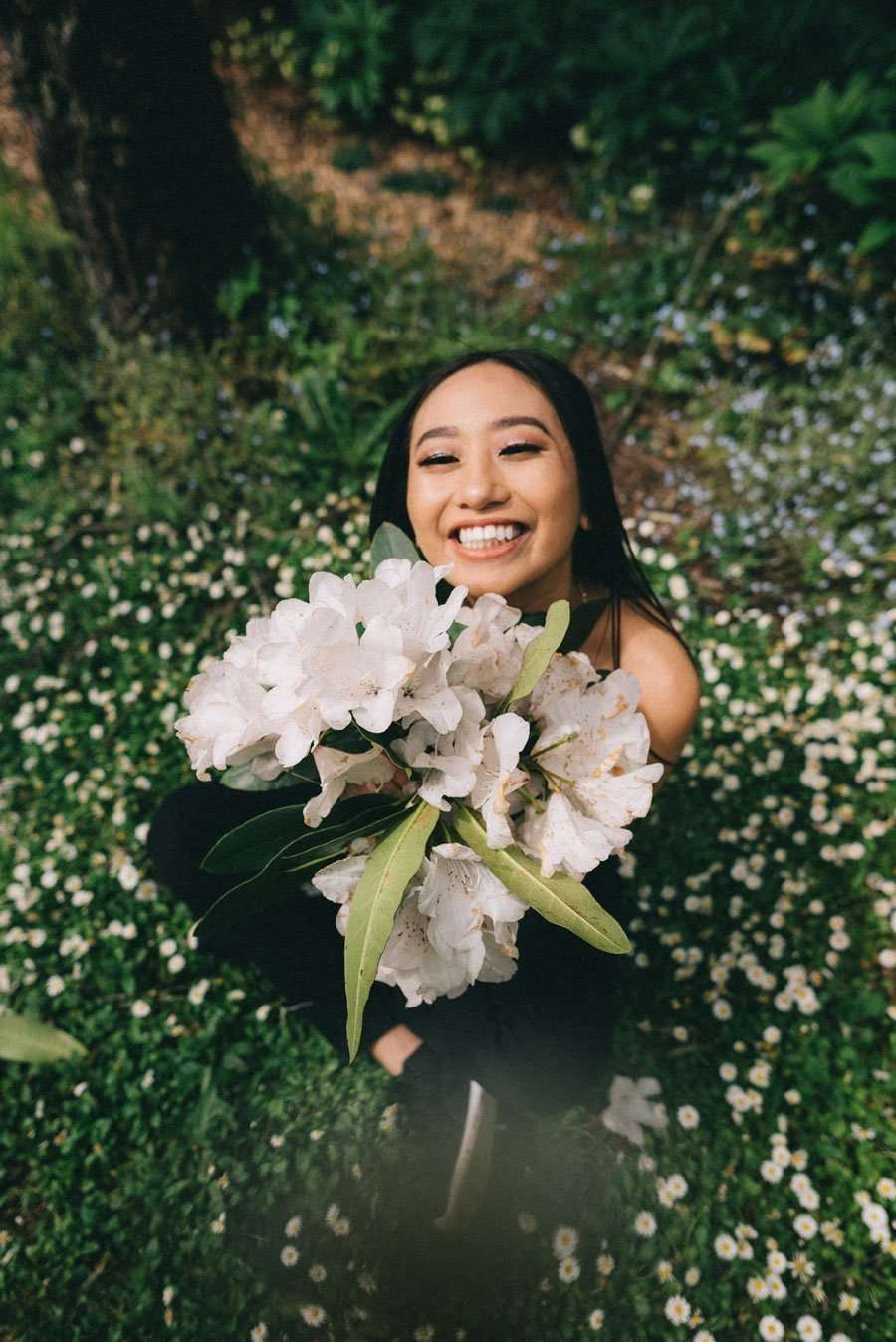 The executive was not a florist, or even a gardener. She was, however, a get-it-done person who applied her problem-solving chops to her friend’s problem. Off she went to Trader Joe’s and bought every cut flower in the store. She brought the tall pile of flowers back to her friend’s house and spent the next few hours arranging them. Her friend was ecstatic. The executive was also pleased, and surprised. When working with those flowers something clicked. She discovered how much she loved it.

What started with taking on the risk of producing a large flower display, with no prior experience and a friend’s important family event at stake, led her to rototilling a large patch of soil in her backyard. Then she bought plant after plant after plant.  Two years later, she has a large flower garden from which she sells cut flowers. She kept her day job, and still loves it, but the flowers added an important missing ingredient.

“Joy,” she said. “My job makes me happy, but my garden gives me joy. There’s a big difference. It’s something that after over thirty years of taking care of employees, clients and family, I had lost. It’s given me new energy in both my day job and my garden.” 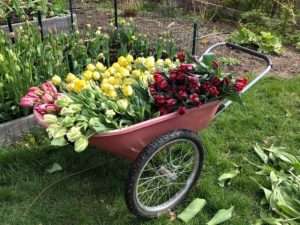 Twenty-seven heads around the room nodded vigorously. Their colleague’s story struck a loud chord.  As proud they were of their hard work and achievements, many felt the juice had been drained out of them. Taking care of everyone but themselves had taken its toll. It was hard enough to admit and even harder to know what to do. Then the concept of joy appeared. Maybe there was a way to refuel.

Joy is different from happiness. It lands several notches above it, bringing an unfettered feeling of exuberance and connection with something that defines being alive. Joy provides the instant feedback, “Oh, that IS good!” It has a positive impact that you can’t debate, nor do you want to. For some it is flowers, for others it’s music, deep conversation, mountain peaks or, as banking executive once told me, the touch of fine fabrics. For the executive who found gardening, the experience of joy fired up her personhood, energizing both her new past time and her ongoing work life.

Such a simple concept, yet so difficult to achieve. Discovering a source of joy might land serendipitously in front of you, as it did for our colleague. Others might have to look more concertedly. Its likelihood will increase if you are willing to take a risk, as the executive did when she helped out with a friend’s wedding despite her lack of experience with floral arrangements. The key is to give yourself permission to open your mind to possibilities AND make a point of it. The reward of joy will be worth it.

I dedicate this article to the women of EWCRE, to Martha O’Mara for founding the group, and to the many other people in my life who bring me joy. Thank you, all.

View from the ground — Some recent articles and interviews:

How Business Leaders Can Navigate the Unknown – And Thrive. Knowledge@Wharton
A conversation about modern day leadership, lessons learned at Amazon, and the benefits that come from being uncomfortable.

Money for Lunch: Bert Martinez Interview. Talk show host and author Bert Martinez talks with Julie in this video interview about her career and book, The Journey of Not Knowing.

The Pilot Broadcast: Elevate A fireside chat led by Paul Crick of The Next Level Leadership Coach with Jennifer Paylor, leader of the IBM Coaching Practice, and me about the value and meaning of leadership today and how to move it a higher plain. (Start at minute 18:46)

Leadership Life Is Messy: Five Ideas to Address the Mess  Leadership requires something that lies outside of the orderly world of tools and skills. What is that and how do you put it to work for you?

Don’t Let Fear Stall Your Career – Four Don’ts and What to Do About Them
Could you be allowing fear to steer your career?  What are four “don’ts” that can undermine you, and what can you do about them?

Here They Come!  Approximately 10,000 baby boomers will retire every day over the next decade. By 2030, millennials will comprise three-quarters of the U.S. workforce. Is your organization ready to pass the leadership baton?

After the Cancer Diagnosis: Six Steps for Moving From Fear to Action  A diagnosis of cancer triggers distress, uncertainty, and fear, making it challenging for patients to move forward with treatment. How can the patient, physician, family and care providers work together to help the patient overcome paralysis to build an effective plan?