My Elliptical Life: Three Ways to Ground Yourself to Lead in Chaotic Times

Two years ago, my doctor told me to face facts: if I continued to run, my knees would turn into sponge cake, or words to that effect. Feeling the sponginess already coming on, I begrudgingly doffed my running shoes and moved into the gym. There I made the acquaintance of the elliptical machine. I expected to strengthen my legs and physical core. What I did not expect was to strengthen my emotional core, reminding me of what provided ballast through many chaotic times when I needed to lead others through difficult times.

The transition from running to pedaling proved easier than I had anticipated. At first, churning on a large hunk of metal felt underpowered and inane. Eventually, with the help of a steady diet of audiobooks, I moved into the Zen of repetitive motion and auditory pleasure. My knees held up, and I grew stronger. 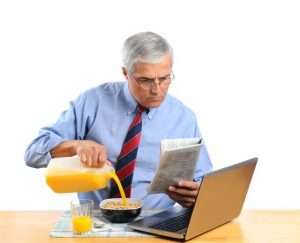 I could have happily gone on for a long time in my idyllic elliptical bubble, getting physically stronger and enjoying my books. Unfortunately, that bubble burst last November, the day after the federal election results were announced.

The announcement tore the fabric of my liberal southern Oregon town, transforming it from its tranquil civic life of good works and cultural pursuits into an atmosphere of rage, fear, and reactivity. Angst surrounded me, including at the gym. Even my right leaning friends, while surprised and excited, felt the trepidation of the upcoming onslaught of change.

No one knew what would happen next. People who had never expressed a political thought became glued to online news, memorizing every article, blog and tweet, hoping that somewhere buried in all that verbiage lay some “answers,” and a return to predictability.

Meanwhile, back at the gym, my audiobooks no longer offered diversion. I kept peering up at the bank of television monitors overhead. Organized symbolically from left to right (MSNBC to FOX), I shifted my attention to the close captioned titles, reading across the screens to see what each channel had to say. Finally, I yanked the headphones out of my smartphone and plugged into the TV audio streams. I too needed answers, something to quell the discomfort that comes when so much change is afoot and the future is one big unknown.

The importance of grounding ourselves
When confronted with the new and unknown, we are faced with a critical question: how do we ground ourselves? Without ballast, it is hard to land on a direction to guide our own lives, much less the lives of others if we also occupy leadership roles.

Pedaling away under the glow of the TV monitors did not give me answers to our nation’s current political problems, but it did provide me with something more personally important. I had time to think, about everything, including the news.

Three ways to ground yourself in chaotic times

With the gift of concentrated private time, three strategies re-emerged, reminding of important ways to ground myself through the new and unknown, including the current political chaos.

1. Run toward rather than away from discomfort.

The importance of discomfort
From discomfort flows opportunity. There is no doubt that discomfort is. . .well. . . uncomfortable. When we experience discomfort, our adrenaline courses, activating primitive fight or flight instincts. Flight is always an option and probably a good one if you are being charged by a woolly mammoth or its modern-day equivalent. In most cases, however, there is something to be gained from confronting the situation.

Another way of looking at discomfort is that having an emotional reaction means we are alive, however painfully. It reinforces our connection to the world around us. Our awareness of what is going on allows us to evaluate information realistically and pull from it ideas that may take us forward.

Reacting emotionally reaffirms our connection to other humans. Every study of physical and mental health, not to mention longevity, points to the criticality of our connection with people. We may not like all of them, or like all of them the same, but their existence and our ability to understand and interact with them give us life, however crazymaking and unpredictable they can be.

The importance of discomfort in organizational life
Discomfort in organizational life most often arises when something is said or done that jostles our personal bulwark: a decision is made that violates our sense of fairness, a project we hold dear becomes the object of ridicule, or thoughtless criticism demotivates company talent. Our emotional response signifies friction between the offending event and our value system.

The opportunity: values and action
Emotionally charged times offer us a chance to articulate clearly our core personal values, those guiding principles that define us. Are we upset because a situation runs contrary to a strong belief in equal opportunity? Did it offend the premium we place on honest communication? Were people treated differently and possibly unfairly in the same situation? Whatever they are, knowing clearly your core values will hold you in place when a lot of things are shifting around you. That knowledge also will allow you to set your boundaries to determine whether and when you can flex.

Once you articulate your values, then you must decide what to do about an uncomfortable situation. Therein lies the greatest opportunity. You might:

• Finally hold a tough conversation with a colleague about his negative treatment of your direct reports.
• Risk disappointing a team by sloughing a pet project that has been on financial life support for months.
• Declare publicly a personal political position when neutrality has been your preferred mode, such as the CEOs who recently resigned from the president’s business advisory council because of the conflict between the position the president took in response to the Charlottesville violence and their respective value systems, and those of their shareholders.

When a situation causes you discomfort, recognize it as a gift propelling you to clarify your values, and then to act on them.

2. Invest where you can give (and receive) the greatest return. 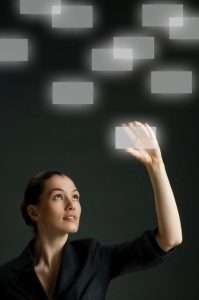 I spend my early evenings on the elliptical machine. I pass my days coaching leaders. Early after the elections, they spoke in nervous blue streaks about the sea of unknowns that lay ahead. They worried about capital markets, tax laws, consumer response to chaos, and employee distress. Then they hunkered down, seeking places to redirect their energy away from uncontrollable variables to investing in initiatives where they had the potential to act and achieve positive results.

Two obvious places to invest in a company’s growth are with its customers and its employees.

Several executives decided to get closer to their customers, asking awkward questions they had so far avoided (“What was it that led you to choose so-and-so for your project in such-and-such a place? What can we learn from that?”). They listened to both helpful and painful feedback. Their reward for asking and then addressing what their customers said was strengthened relationships and new business opportunities.

They also paid more attention to nurturing talent. Chaos begets chaos, and with the national political scene in upheaval, many employees are studying their options. They are either consumed with reading online news, getting involved in political work, or deciding that with all that is going on, life is too short to spend at a particular job. Investing in talent requires initiating unscripted and potentially uncomfortable conversations with employees to learn their honest views on the company business, what they need to succeed and what the company can offer. While knowing these things is always important for retention and quality of work, in highly stressful times, its importance increases exponentially.

Even more essential is to act on what you learn to cement credibility.

3. Take a deep breath and adopt the long view.

I have been on this earth long enough to understand that life ebbs and flows, and hard times will pass. From my elliptical perch, I recognize that this particular ebb in the political world, while alarming to many, is a way station on a long uncharted road to a place called the future. The future is never known until experienced. It is always new in some respect, and the new can be scary.

Few in our country would disagree that the last eight months of political life have felt like an eternity. So many unexpected (or expected, depending on your level of cynicism) events packed into a short interval of time. Stress can feel like a forever thing, no matter how many hard times you have survived. Nevertheless, life does change, every second of every day.

Grounding yourself starts with stopping the speeding emotional train. Force yourself to pause for a few moments and breathe deeply. Breaking the rhythm of reactivity will start the process of detaching from the scariness of change.

Think toward the far horizon, dare to dream, and imagine yourself getting there.

Back at the gym

On a recent Friday evening, I was pedaling away while watching a long interview with a respected political commentator. After listening to many full and thoughtful answers, the program host closed the conversation by asking the guest’s opinion of the president’s mental health. The interviewee grinned slyly and said, “Gee, I’m not qualified to answer that one.”

I snorted in amusement at the deflection, as did the woman pedaling next to me. I didn’t know her, but I turned and asked if she had been watching that interview. She smiled sheepishly. “Yup. I now come here every day to watch these shows. I have to do this!”

Both of us knew why.

4 thoughts on “My Elliptical Life: Three Ways to Ground Yourself to Lead in Chaotic Times”